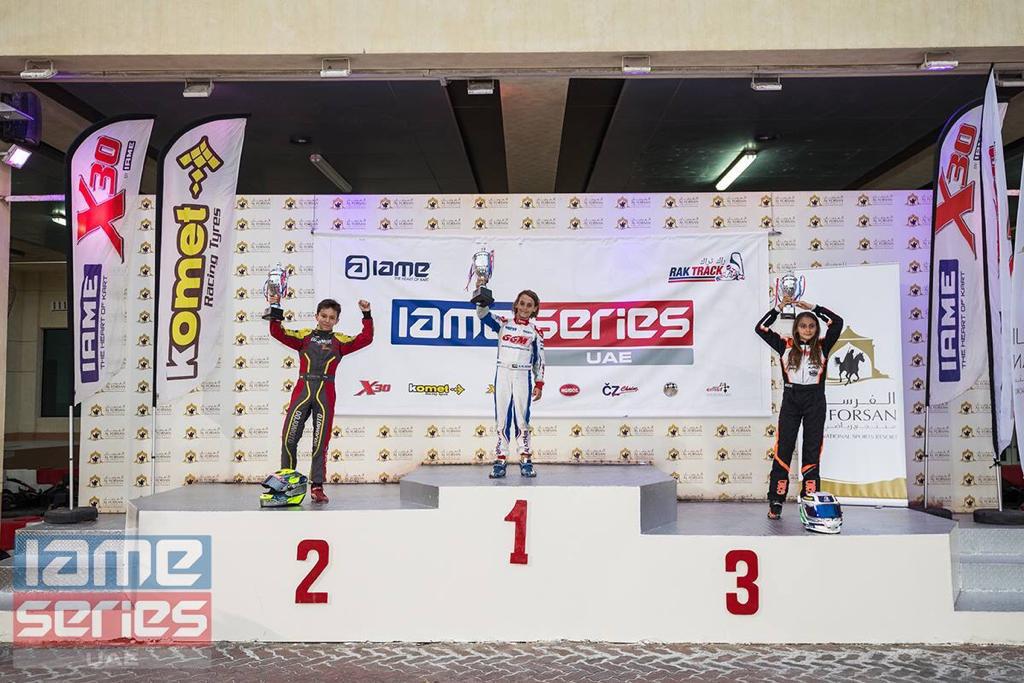 Posted at 15:37h in News by paolonecchi
0 Likes
Share

It has a stunning achievement the one got by Sofia Necchi this week end at Al Forsan Kart Track. During the Round 4 of the IAME UAE series the italian driver has been always in the front of the grid in the crowded Cadet category. In the Final the CRG girl got an incradible 3rd spot overall after some great fights on rack against the direct competitors. Always quick since the qualifying session (3rd) Sofia scored a double 4th place overall in the heat and Pre Final stting the new track record of the category in the last one. Thanks to this results she stepped the cadet standing and is now one of the top driver to bet for the Cadet crown.

Sofia Necchi: “I am super happy for the result even if I know that I should have taken the podium in the other two races too. The series is so competitive and we are gonna fight until the last heat for the title. A big thanks to my CRG Middle East team and a special ne to Nach and my mechanic Lorenzo who has set my kart 100% fr the sunday’s races. Look forward for the next one in Dubai.”

Sofia Necchi will compete the 22nd March at Dubai Kartdrome as Round 4 IAME Series.