A TECHNICAL PROBLEM KICKS OFF THE PODIO SOFIA NECCHI. 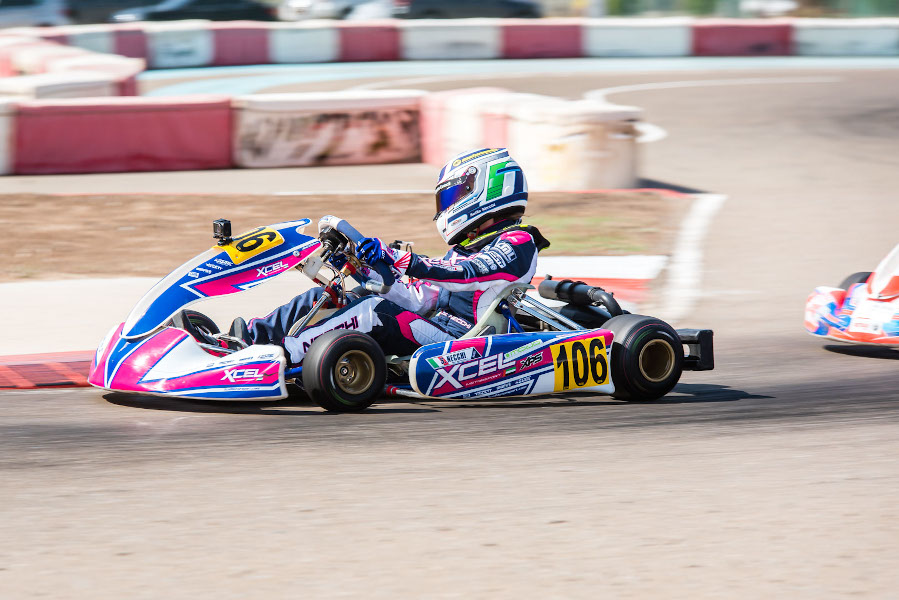 23 Mar A TECHNICAL PROBLEM KICKS OFF THE PODIO SOFIA NECCHI.

Posted at 23:14h in News by paolonecchi
0 Likes
Share

During the Rotax MAX Challenge Round 3, Sofia Necchi has confirmed her performances along the Al Ain Raceway scoring a double podium but missing the most important one (in the Final) for a wiring loom problem. After a great 3rd position got during the qualifying session, Sofia had a very good start in the heat moving upto second position and ending 3rd under the chequered flag. In the Pre Final the Xcel Motorsport driver started a great battle on track with Gibbons and Al Rawahi ending in second position. In the Final, Sofia had to fight a lot against an electical misfire of her battery being forced to slow down randomly during the race. This issue pulled hera way from the TOP 3 positions forcing her to get no better than a 6th position. A very not deserved result for the young Kosmic lady who was very sad at the end of the race.

Sofia Necchi: “I was very disappointed. Just after the start of the lights I have noticed that the engine was not running properly and I had to loose many positions (fron 2nd to 8th). The engine kept running randomly during the all race and I was loosing to much time on the straights to hadve tha chance to overtake my rivals. It was so frustrating as I could have fought for the podium easily. Let’s go onto the next one.”

Next Rotax MAX Challege will be the 7th December at Al Ain.